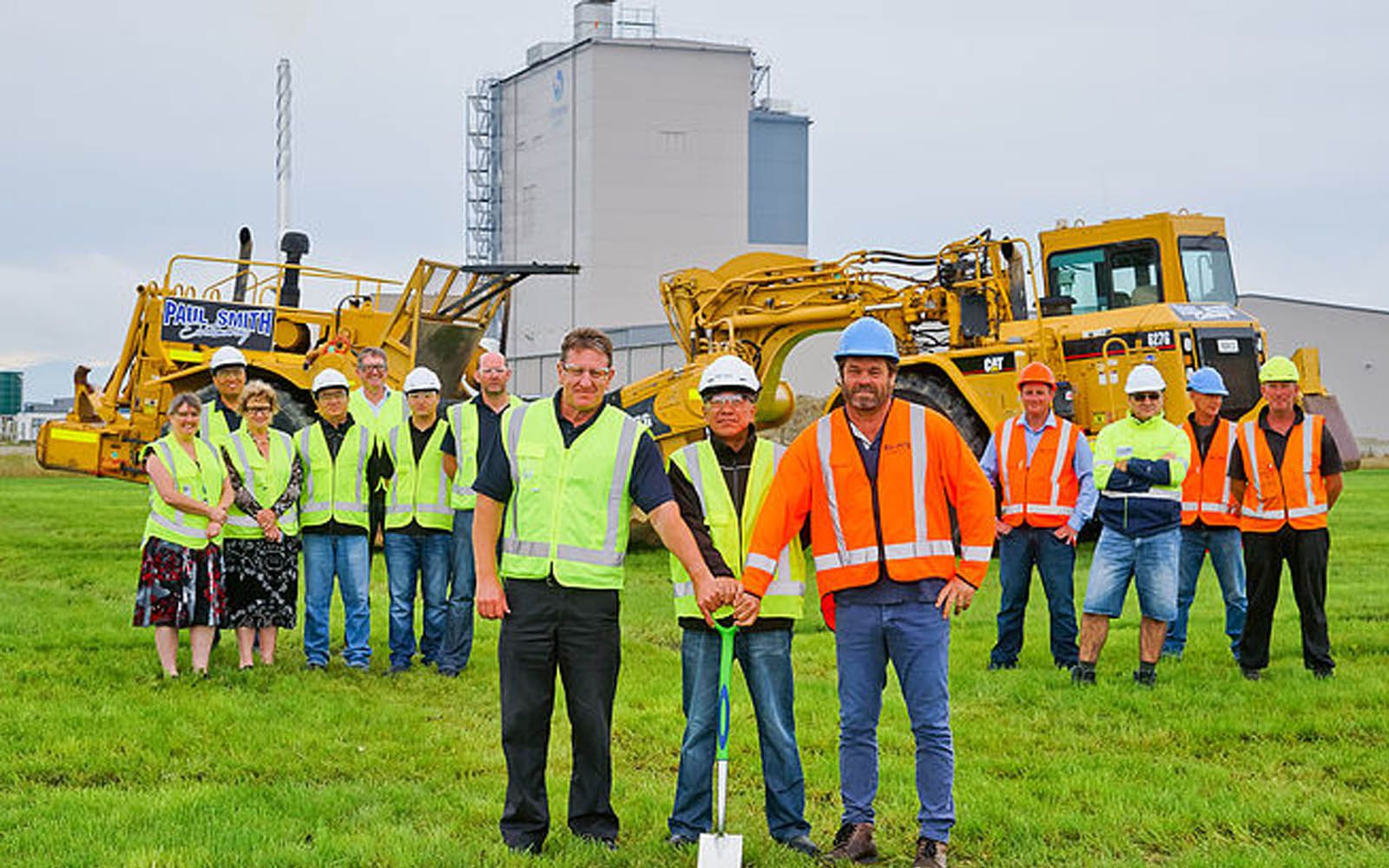 Construction of a $200 million development project began with a symbolic sod-turning event at the Oceania Dairy factory in Glenavy, South Canterbury.

This new Stage two development at the Glenavy site will increase Yili’s total investment to more than $400 million.

When complete the new state of the art development will include an Ultra High Temperature (UHT) plant, formula canning line, blending facilities and the expansion of the existing storage area.

Site work is scheduled to be complete in May 2016 followed by four months of construction before plant installation begins in October 2016. Commissioning for the expansion is expected in March 2017.

“A lot of work has gone into the planning this next stage of our expansion since the announcement by Yili, and now we are thrilled to see work get underway,” said Roger Usmar, Chief Executive of Oceania Dairy Limited.

“The new development will significantly increase capacity to produce a wider range of products and will generate export revenues of more than $300 million each year.

“When all three stages are fully complete the expansion will be a major boost for the local milk suppliers with the factory expecting to handle in excess of 630 million litres of milk per annum.

“We’ve also got to take the next step to recruit more farmers to meet that demand and we’ll also be doubling our staff, adding a further 80 people to the business.

“The wider region will also benefits from the increase in downstream support services and suppliers.”