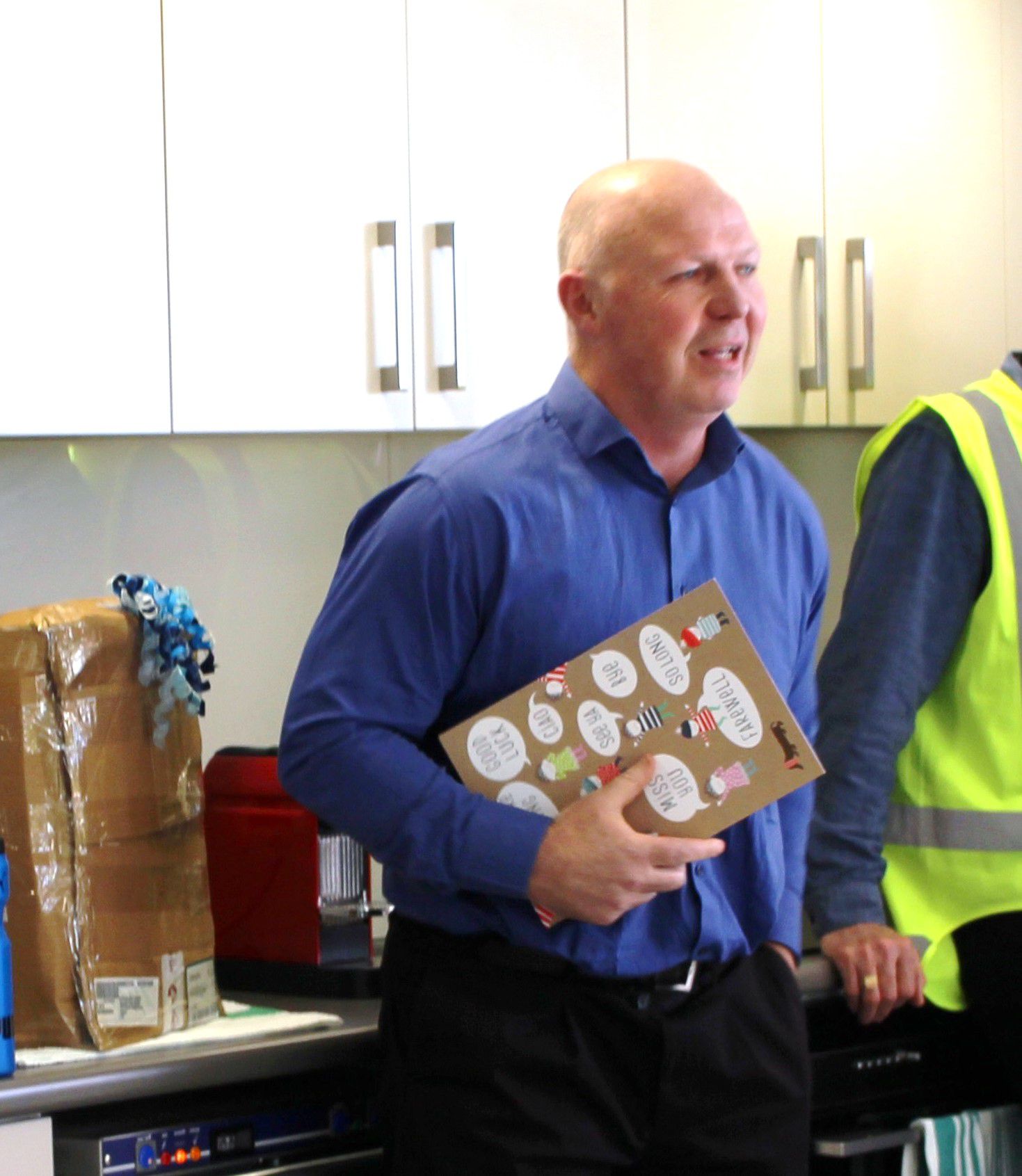 Seen here thanking everyone for their support, highly respected General Manager Richard Hickson has accepted the position of Chief Operating Officer at Westland Dairy Company Limited commencing 11 August 2020. This follows the resignation of Westland’s CEO Toni Brendish who will be replaced by NZ Resident Director Mr Shiqing Jian.  Richard had been with Oceania Dairy since 2013 when he joined as Operations Manager before appointment to the General Manager role in late 2018.  Mr Jian also confirmed with staff that Oceania Dairy Operations Manager Logan Hanifin, who like Richard had been with the company since its early days, had accepted the position as Oceania Dairy Acting General Manager in the interim.