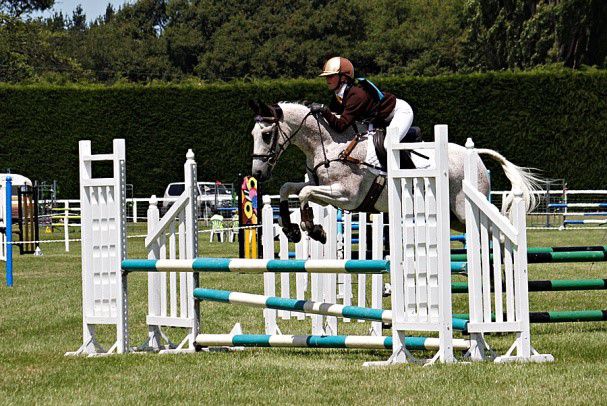 The 20th annual South Island Pony Club Champs were held in perfect weather over the weekend of 14/15 January 2020.  It involved 330 horses and 205 riders from 32 clubs and was won by the Eyreton Navy team for the second year in a row.  Our local Waimate Club were hosts for the third time at Kitchener Park South Canterbury A&P Show Grounds and will be hosts once again in 2021.

The event provides for leading South Island riders at all levels from juniors to seniors, who competed in four rounds over the two days in front of around 500 spectators.  This year Oceania Dairy was one of the sponsors.

Thanks to Billie Willson and Wembleybrook Quest for the photos, whose Central Gold team placed second.