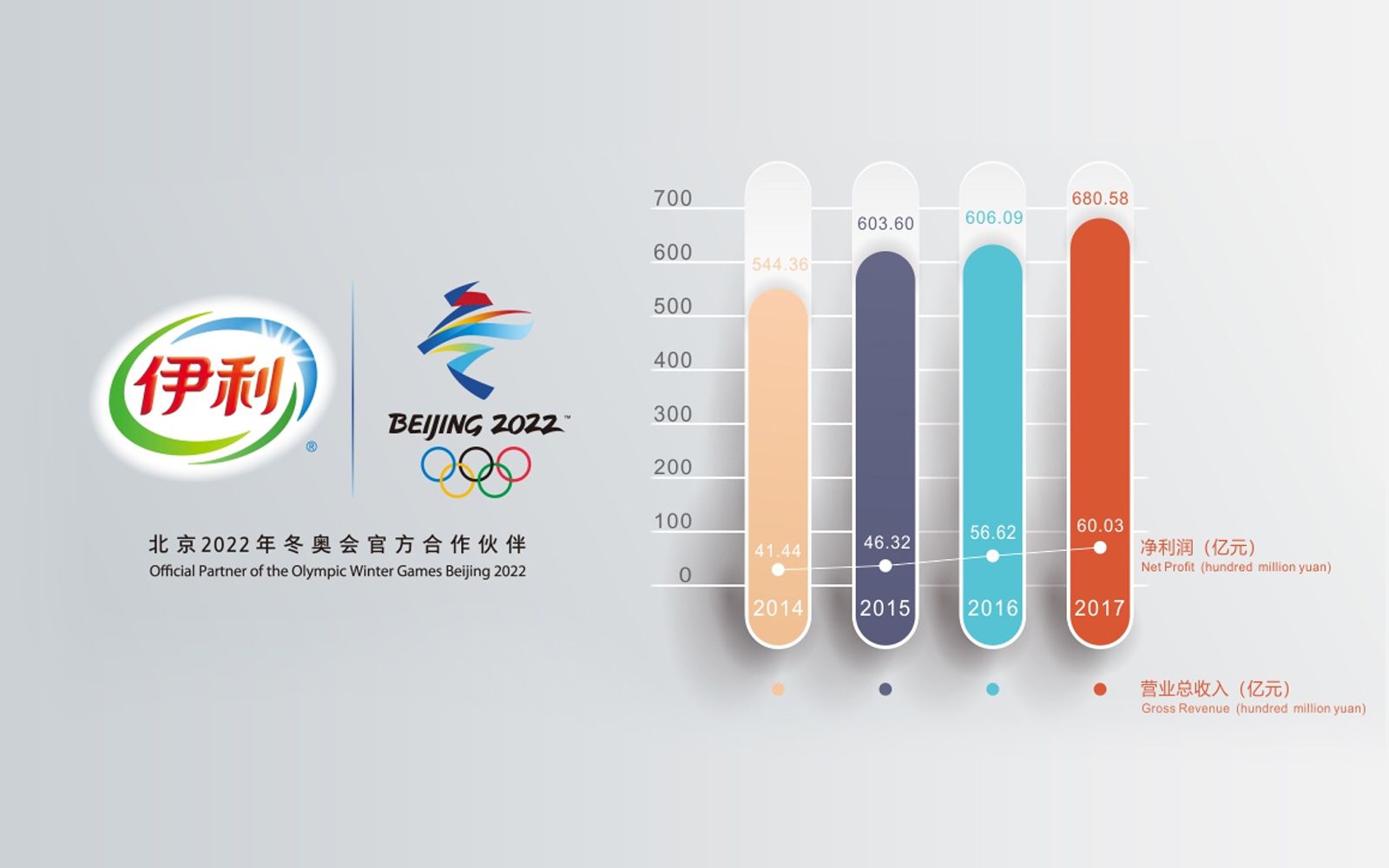 It is shown that last year was a profitable year for Yili Group. The overall revenue increased by 12.69% to CNY 68 billion. The net profit rose to CNY 6 billion, while the non-net profit rose by 17.70% year-on-year. It is believed that Yili’s leading role in the industry largely contributed to the growth. Yili’s market share rose by 1.4% to 20.5% last year while the return on net assets reached 25.22%, and is a big achievement given that it is rare for a listed company to exceed 20%.

These figures show that Yili’s strong capability to net and create values for customers. According to Kantar Worldpanel, the purchase amount of Yili’s products reached 1.35 billion times last year and the company enjoys an industry-leading consumer penetration rate. Yili ranked No. 8 in the 2017 Rabobank’s Global Dairy Rank, ahead of any other Asian dairy companies.

Led by Chairman and President Pan Gang’s vision of “Becoming the world’s most trusted health-food provider”, Yili has always been business-oriented, adhering to the quality, focusing on continuous innovation, and unswervingly promoting the strategy of internationalization.

In terms of main business, Yili maintained a balanced development of its four major product lines which are liquid milk, yoghurt, milk powder and ice cream.

With regard to Yili’s ice cream products, Yili occupied the largest consumer market, which is a reflection of the last 25 years’ sales volume. In 2017, the ice cream products achieved CNY 4.606 billion at an annual growth rate of 9.82%. Some sub-brands, such as Chocaliz (Qiao Lezi) and Ice Factory (Bing Gongchang) are well-known everywhere in China.

As a supporting pillar in China’s reform in consumption structure, Yili has been ready to seize opportunities in every step forward including an insightful view on consumers’ needs, active adjustment to product strategies in accordance with market changes, and rapid development in research and innovation.

New products have been the highlights of 2017 such as “Joy Day” and “Chocaliz Ice Cream”. In addition, Yili has also been expanding its products lines beyond dairy areas, with the first attempt to launch new products including a soybean milk at the end of 2017 and a functional beverage in 2018.

Yili, who also provides products for various global games, has always maintained the strict standards in all dairy products as Olympics Games require and has successfully delivered a healthy lifestyle to more than one billion consumers.

Along with the annual report, Yili also launched “2017 Yili Group Social Responsibility Report”, in which Yili upgraded its “World Integrally Sharing Health (WISH)”, the corporate sustainable development system. By improving this system, Yili emphasized and promoted a sustainable development for itself and the whole industry as well.

In 2018, Yili will continue to implement Chairman Pan Gang’s strategic goal of entering the “Top 5 Global Dairy Companies” and adhere to the standard that “Yili is quality”. Based on Industry development, Yili plans to achieve total income of CNY 77 billion in 2018, and total profit of CNY 7.5 billion.