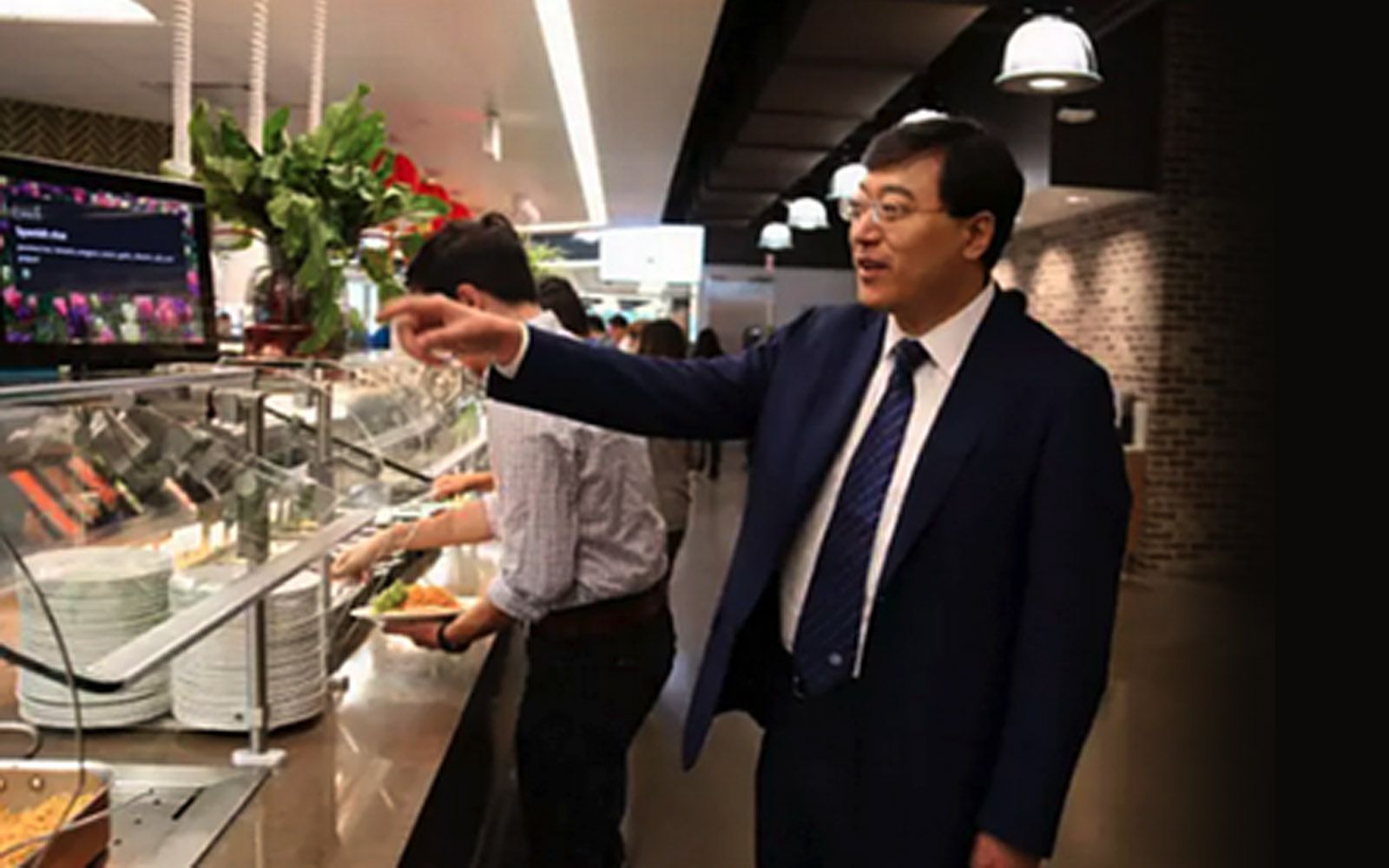 Yili, ranked globally as the world’s 8th biggest dairy enterprise, owns and operates the Oceania Dairy factory and marketing company at Glenavy, from where it has been processing milk since 2014. The business has been recruiting staff to cater for expansion ever since.

From online search to cloud computing to ad technology, Google was a major influence on enterprise strategy and a trend-setter in industrial development, he said.

Google had been particularly good at cultivating employee creativity and other companies like Yili could emulate this, using big data to improve their performance. Pan took special note of Google’s HQ’s cafeteria, staffed by gourmet chefs making gourmet food and known internally as “The World’s Most Awesome Cafeteria”. The cafeteria was a reminder to Yili managers that they should care about employees “like we care about our families”, he said.

Yili staff also stopped at Linkedin, a social media platform with 400 million users. Linkedin showed the usefulness of social media for recruitment, developing employees and marketing a company, Pan said. “Similarly, Yili’s system of connecting consumers, dairy farmers from both upstream and downstream sectors, suppliers and distributors is a reflection of the value of nutrition, “ he said.